Two of the UTMB 2019 races have already started, the MCC and the PTL. With the rest set to start in one (TDS) to four days (UTMB), it's time to follow all your favourite runners live during their events.

As athletes in the main event, the 170km UTMB, ready themselves to get started on August 30th at 18:00, you can follow your favourite runners on the UTMB live tracker. Here's a quick rundown of the races, the numbers of competitors and what they'll be doing:

The UTMB, or Ultra-Trail du Mont-Blanc, is the main race of the week. Crossing through three countries (France, Italy and Switzerland), it features 170km and a gruelling 10,000m ascent in semi-autonomy. 2,300 runners will be at the starting line on Friday, August 30th at 18:00 to run a circular route from Chamonix in a maximum of 46hrs30, with he winner expected to arrive in around 20hrs45.

The TDS (Sur les Traces des Ducs de Savoie) is the third-longest race of the week, boasting 145km and 9,100m of ascent also in semi-autonomy. With 1,600 runners expected at the starting line in Courmayeur on Wednesday, August 28th, they'll reach Chamonix in a maximum of 42hrs, or around 19hrs for the first athlete to cross the finish line.

Fourth in distance is the CCC (Courmayeur-Champex-Chamonix), which also goes through three countries. Just over 100km and a 6,100m ascent in semi-autonomy for a race that will see 1,900 runners at the start on Friday, August 30th at 09:00. The course begins in Courmayeur and ends in Chamonix in a maximum of 26hrs30 or just 10hrs30 for the first runner.

The OCC (Orsière-Champex-Chamonix) will take place on Thursday, August 29th leaving Orsière at 08:15. The race features 55km and a total climb of 3,500m. The organisers are expecting 1,200 people to begin this race, which will see athletes reach Chamonix in between 5hrs30 and 14hrs30.

Already started, the PTL (Petite Trotte à Léon) is the longest race of this event, in which athletes tackle a Tour du Mont-Blanc of around 300km and 25,000m of ascent in complete autonomy. This non-stop event without ranking is open to 100 teams of two or three people, with 300 runners maximum.

There are also races for youngsters (YCC), locals and volunteers (MCC) and children (Mini UTMB) during a week in which the valley is completely devoted to trail running. Follow all the runners live here.

Learn more about trail running in the Chamonix Valley in our guide here.

Ad
Got a Chamonix Question? Ask our local team for answers 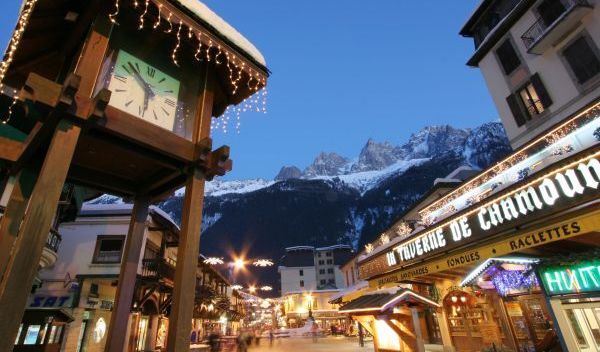